A leading academic has said Ireland has the potential to become a world leader in central bank digital currencies which will eventually make traditional cross-border financial transactions look as quaint as traveller's cheques appear today.

Dr Charles Larkin, Director of Research at the Institute for Policy Research at the University of Bath and ATI Board Member, chaired the institute's inaugural Tech Day, ‘Leaning into Tech’, earlier this year which was sponsored by Sage and Surf Accounts.

“Ireland has the potential to make great strides in this space, as the European Commission and the European Central Bank are both eager to capitalise, creating a reliable central bank digital currency and regulatory space, where the rewards for being a successful first mover can be considerable,” Dr Larkin commented. 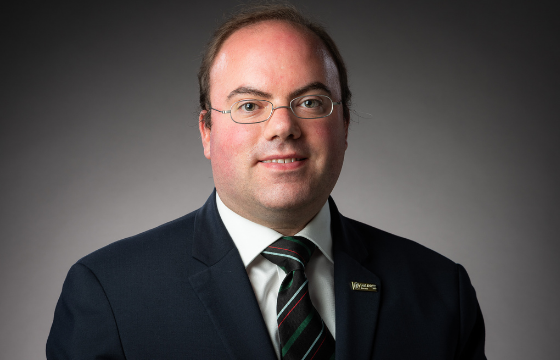 “Ireland is a native English-speaking, common law jurisdiction within the EU using the Euro, which will allow for passporting rights for financial services and for a single regulatory environment within the Union. It has a legal system well understood from the point of view of US investors, and a large pool of talent available from which to draw, with its capital globally connected via Dublin airport.

“Those in the accountancy profession may find that in a decade's time, the rise of central bank digital currencies will make traditional cross border transactions appear as quaint as traveller's cheques," he continued.

“The IMF has noted that an increased adoption of digital money can foster greater efficiency and financial inclusion, but that it also poses important challenges. The Fund has a critical role to play to help its members harness the benefits and manage the risks of digital money. The Fund is supporting proposals for closer engagement with other organisations and authorities involved, tailored support to member countries, and broader efforts in capacity development."

According to Dr. Larkin: “The development of central bank digital currencies, such as the Bahamanian Sand Dollar and proposals from the UK for a Britcoin, in part a response to the Chinese state approved digital currency, the RMB, illustrate how rapidly this space is developing. Challenges to privacy and for the stability of cross-border transactions, the functioning of the international banking system and to the future stability of banks are real and not yet fully understood. This is why major international financial institutions such as the IMF, along with key actors such as the Federal Reserve and the Bank of England are placing so many resources into this area of regulatory and operational research and development."

‘Leaning into Tech’ featured keynote contributions from industry leaders Accenture Ireland, EY, and Fire, alongside value-driven workshops for 440 delegates. It focused on dramatic challenges and opportunities facing the finance and accounting sector through innovations in payments systems and cloud computing, and the need to put cybersecurity at the core of business.

Dr Larkin is also an adjunct assistant professor at Trinity College Dublin, Johns Hopkins University and the Institute of Public Administration. He has authored several items of Irish legislation and over 60 scholarly articles, most especially in the areas of finance, cryptocurrencies and public policy economics.